Deficit Hawk Spotted in the Library of Congress 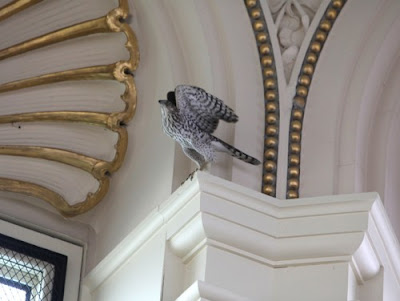 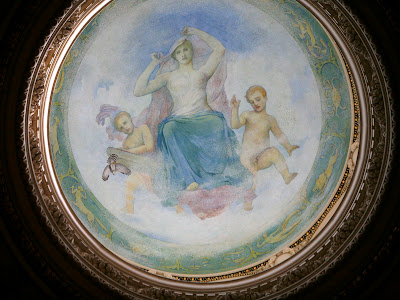 Prior to the President's State of the Union Address a deficit hawk was spotted flying around the Library of Congress, fittingly in the Thomas Jefferson room (anyone familiar with Jefferson's writings knows he would not be happy with the sorry state of the nation's finances).  Could this be a portent of things to come?  Could there be real cuts coming to the Federal Budget instead of the usual accounting trickery?  Has a new day dawned in the hallowed halls of Congress?

The bird is believed to be a Cooper's Hawk, and numerous people from the Raptor Conservancy of Virginia and the Washington Human Society as well as K Street lobbyists are attempting to capture for release back into the wild before it does any real damage to the Federal Budget.
Posted by The Grouch at 4:59 AM