What A Deal for US Taxpayers!

Maritha Nelson's $240 in food stamps has run out, leaving her $9 in cash and seven people to feed. The 50-year-old single mother, who entered the U.S. by swimming across the Rio Grande, has government funded housing, medication, and $700 a month in Social Security. She's been on assistance for 20 years, and wants others to know that help is available. Florida is teeming with food stamp recruiters...who have a goal: increase federal aid to Florida by $1 billion a year.

The Beauty of Space Photography

Quote of the Day: Ben Graham

I blamed myself not so much for my failure to protect myself against the disaster I had been predicting, as for having slipped into an extravagant way of life which I hadn't the temperament or capacity to enjoy. I quickly convinced myself that the true key to material happiness lay in a modest standard of living which could be achieved with little difficulty under almost all economic conditions.

I've been a happy Amazon Prime customer for several years, and an unhappy Windows 8 customer since I mistakenly purchased a license for that product. I've made the decision to cut my losses with Windows 8 and move exclusively to Linux Mint. One snag I hit with this plan was in playing amazon instant video. Instead of the video starting as expected, I get a dialog box stuck on the "Updating Player."

To fix this problem, I installed the hardware abstraction layers packages hal and libhal1 for my distro using the command:

And now magically, I have Amazon Prime videos streaming on Linux Mint 14.
Posted by The Grouch at 9:20 AM 1 comment:

Posted by The Grouch at 5:41 AM No comments:

Yet Another Doomsday Prediction Headed Toward the Dumpster 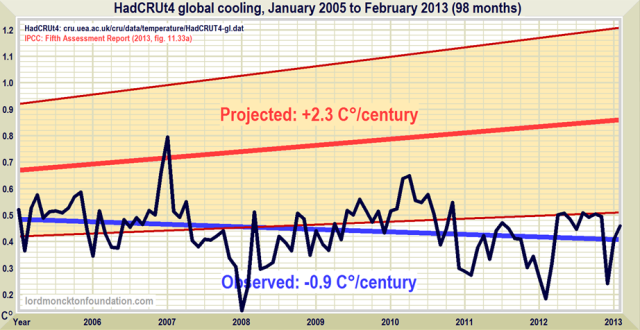 A Brief Lesson on the "Separation of Church and State"

Here's the full text of the Jefferson letter:

To messers. Nehemiah Dodge, Ephraim Robbins, & Stephen S. Nelson, a committee of the Danbury Baptist association in the state of Connecticut.

The affectionate sentiments of esteem and approbation which you are so good as to express towards me, on behalf of the Danbury Baptist association, give me the highest satisfaction. my duties dictate a faithful and zealous pursuit of the interests of my constituents, & in proportion as they are persuaded of my fidelity to those duties, the discharge of them becomes more and more pleasing.

Believing with you that religion is a matter which lies solely between Man & his God, that he owes account to none other for his faith or his worship, that the legitimate powers of government reach actions only, & not opinions, I contemplate with sovereign reverence that act of the whole American people which declared that their legislature should "make no law respecting an establishment of religion, or prohibiting the free exercise thereof," thus building a wall of separation between Church & State. Adhering to this expression of the supreme will of the nation in behalf of the rights of conscience, I shall see with sincere satisfaction the progress of those sentiments which tend to restore to man all his natural rights, convinced he has no natural right in opposition to his social duties.

I reciprocate your kind prayers for the protection & blessing of the common father and creator of man, and tender you for yourselves & your religious association, assurances of my high respect & esteem.


Grouch: It is certainly my opinion that the Supreme Court clearly misinterpreted the Jefferson to suite their own political ends, as with all those who piggy back on that decision.

Most people would be surprised to know----- "It is no exaggeration to say that on Sundays in Washington during the administrations of Thomas Jefferson (1801-1809) and of James Madison (1809-1817) the state became the church. Within a year of his inauguration, Jefferson began attending church services in the House of Representatives. Madison followed Jefferson's example, although unlike Jefferson, who rode on horseback to church in the Capitol, Madison came in a coach and four. Worship services in the House--a practice that continued until after the Civil War--were acceptable to Jefferson because they were nondiscriminatory and voluntary. Preachers of every Protestant denomination appeared. (Catholic priests began officiating in 1826.) As early as January 1806 a female evangelist, Dorothy Ripley, delivered a camp meeting-style exhortation in the House to Jefferson, Vice President Aaron Burr, and a "crowded audience." Throughout his administration Jefferson permitted church services in executive branch buildings. The Gospel was also preached in the Supreme Court chambers.

"Jefferson's actions may seem surprising because his attitude toward the relation between religion and government is usually thought to have been embodied in his recommendation that there exist "a wall of separation between church and state." In that statement, Jefferson was apparently declaring his opposition, as Madison had done in introducing the Bill of Rights, to a "national" religion. In attending church services on public property, Jefferson and Madison consciously and deliberately were offering symbolic support to religion as a prop for republican government." source(http://www.loc.gov/exhibits/religion/rel06-2.html)
Posted by The Grouch at 5:22 AM 1 comment:

Posted by The Grouch at 1:14 PM No comments:

The Highest Paid Public Employees in Each State 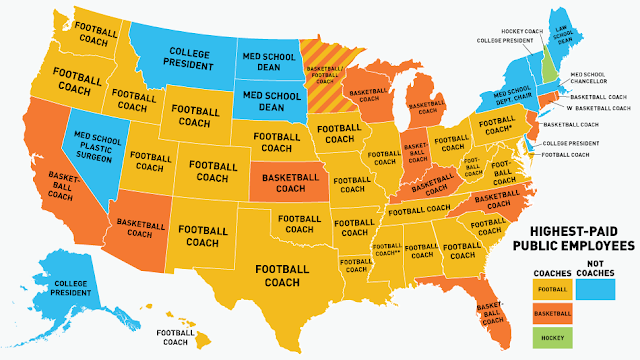 Could this be one of reasons College tuition has far outpaced inflation?
Posted by The Grouch at 9:45 AM No comments:

What Would You Do for a Free Tank of Gas?

Update: What's too good to be true, often isn't. This video was staged with professionals.
Posted by The Grouch at 5:38 AM No comments:

Quote of the Day: Russ Nelson

"If prices are information, then subsidies are censorship."

- Russ Nelson
Posted by The Grouch at 9:09 AM No comments: