Posted by The Grouch at 2:55 AM No comments:

Quote of the Day: George Orwell

"Political language is designed to make lies sound truthful and murder respectable, and to give the appearance of solidarity to pure wind."

Posted by The Grouch at 4:37 PM No comments:

Random Acts of Journalism: The Darkside of D.C. Politics

In the CNBC interview above author and Peter Schweizer discusses his new book “Extortion: How Politicians Extract Your Money, Buy Votes and Line Their Own Pockets.” Schweizer's book is drawing some criticism from the political status quo, here’s an excerpt from a National Journal article:

A new book that argues politicians in Washington manufacture crises and manipulate vote scheduling and other legislative activity as part of a Mafia-like “protection racket” to extort campaign donations. But the new book “Extortion: How Politicians Extract Your Money, Buy Votes and Line Their Own Pockets,” is predictably not drawing rave reviews from House Speaker John Boehner, whose office is lashing out at author Peter Schweizer, a fellow at the conservative Hoover Institution and an editor-at-large at Breitbart.

Schweizer advances a novel argument: Rather than special-interest money in Washington being funneled to politicians in order to gain access and favor, politicians run government in ways designed to extract special-interest money from various constituencies. He also says that the notion that Washington dysfunction is a product of partisanship and ideological entrenchment can be looked at in a different light: that gridlock, legislative threats, and fear of uncertainty help prime the donation pump.

“It’s one of the oldest and most effective forms of extortion: the protection racket,” he writes in one chapter. “Pay me money and I will promise not to make your life miserable. Fail to pay and bad things will happen to you.”

Schweizer writes that that has been the “bread and butter” of organized crime for centuries, but that “the Permanent Political Class in Washington plays the protection racket, too. Failure to pay will not get you killed—but it could kill your business.”

To make his case, Schweizer describes various maneuvers in which he argues politicians engage in a form of legal extortion to extract campaign contributions from business or other special interests. His book throws out colorful terms for these maneuvers, such as “toll-booth” requirements, “milker bills,” “double-milker bill,” and “juicer bills.” In one case, Schweizer points to what he calls the “tollbooth” maneuver. In the interview, he said he first head of that phrase from a member of the “business community,” who used it to describe contributions he had to pay before getting floor action on a tax-extender. Schweizer said that led him to explore further. Schweizer depicts Boehner as the master of the tollbooth, and focuses in part on the events surrounding a 2011 vote on the Wireless Tax Fairness Act, a bill with widespread support that sailed through committee in July of that year on a voice vote. Yet, Schweizer notes that the scheduling of a floor vote on the bill lingered until the fall.

Boehner eventually announced a vote would be held on Nov. 1. Schweizer notes that the day before the vote, 37 checks from wireless-industry executives totaling nearly $40,000 rolled in to his campaign, including 28 from executives at AT&T. The day of the vote, he writes, employees at Verizon, another company with a lot at stake in the bill, sent 28 checks to members of Congress.

“Checks don’t just magically appear, and they don’t arrive by chance,” he writes, adding, “When corporate executives make donations on the same day at the same time, especially when a large group of them do... it is likely there has been an organized solicitation.”

The book also identifies other bills for which Schweizer says votes appear to be delayed, only to see eventual floor action accompanied in by a flurry of contributions by individuals or businesses with interests in the legislation.

This segment from 60 Minutes barely skims the surface of the corruption that is Washington, D.C. But it is a start, and we need more of this.


Few politicians leave office poorer than when they enter, and most leave as multi-millionaires. The only way to clean-up the corruption in Washington is take taxpayer dollars out of the hands of politicians and leave it in the hands of the people who earned it in the first place.

Quote of the Day: The Grouch

Posted by The Grouch at 4:47 PM No comments:

Quotes of the Day: Eugene Fama

My attitude is this: if you are getting attacked by Krugman, you must be doing something right.

Cartoon of the Day: The New Jim Crow 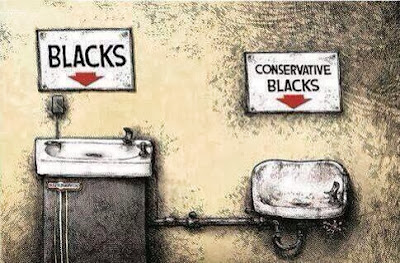 Posted by The Grouch at 8:47 AM No comments:

Obamacare: It's the Math, Stupid 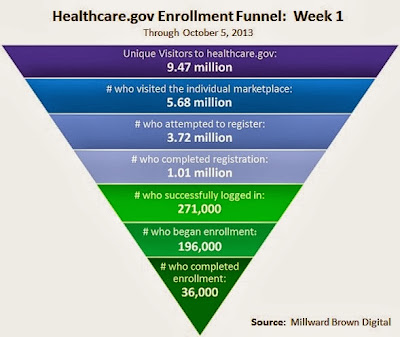 As much as politicians like to demagogue and deny it, the math for Obamacare will never work and can never work, and is a major threat to the continued economic prosperity of the country. The failures of the websites are immaterial compared to the failures of the premise behind Obamacare. 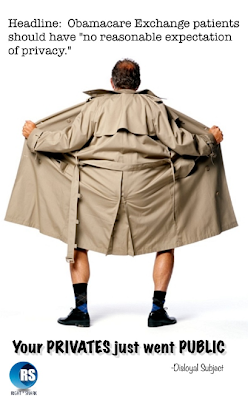 Posted by The Grouch at 8:29 AM No comments:

Posted by The Grouch at 8:13 AM No comments:

Cartoon of the Day: The Great Debt Debate 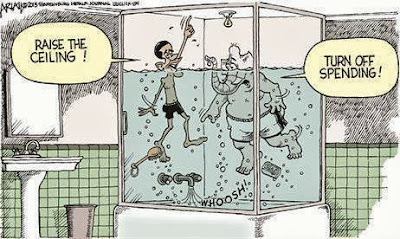 Final Score: Washington Establishment 1, Hardworking Taxpayers 0
Posted by The Grouch at 10:16 AM No comments: 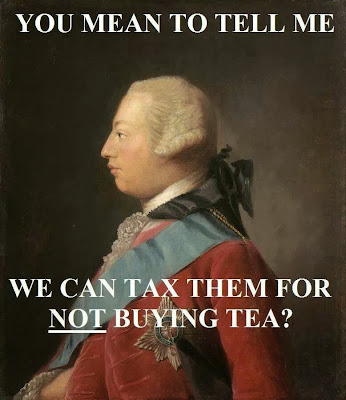 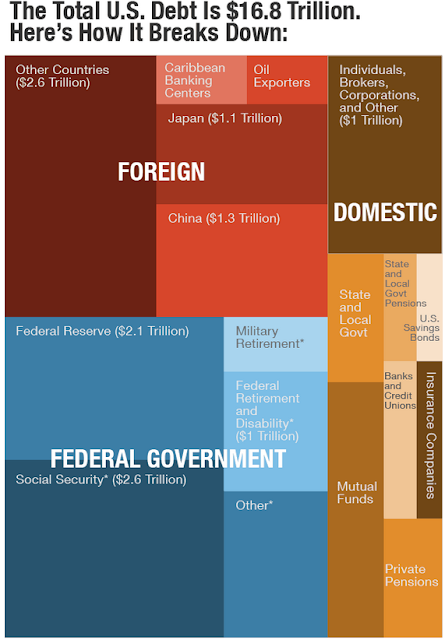 Posted by The Grouch at 8:06 AM No comments:

Using Doritos as kindling to start a fire is my favorite.
Posted by The Grouch at 6:12 AM 1 comment:

For more info on Structure Sensor go here.
Posted by The Grouch at 3:00 AM No comments:

How Not to Advertise a Product

Why I No Longer Buy Personal Finance Books

At one time I was buying personal finance books at quite a brisk pace looking for the best advice to secure my future and look out for my family. It became clear after a close reading of these books that most of them were saying the same things over and over again, just with a slightly different spin. The common principals from these books could be easily distilled and written on a single sheet of paper, and why spend money helping to make the authors and publishers rich when I could be investing it for myself instead. So here are my principals:

That’s about it. If you can think of anything I left out, please feel free to add a comment.
Posted by The Grouch at 4:33 AM 2 comments:

Posted by The Grouch at 5:25 PM No comments: 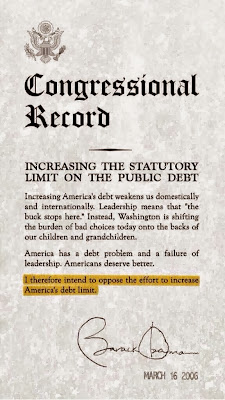 My how times have changed. The hypocrisy of politicians from both sides never ceases to amaze, nor does the silence of the lap-dog press.
Posted by The Grouch at 2:29 AM No comments:

Quote of the Day: Jim Treacher

Washington DC is a tiny island in a vast sea of other people's money. The natives enjoy its bounty and think it'll last forever.

Posted by The Grouch at 2:26 AM No comments:

Not quite the replicator on the Starship Enterprise, but a step in that direction.
Posted by The Grouch at 6:47 PM No comments:

Quote of the Day: Don Boudreaux

The first error occurs when Mr. Krugman writes that “thanks to surging inequality, these petty people [the "plutocrats"] have a lot of money.” Contrary to Mr. Krugman’s implication, however, crony capitalists “have a lot of money” not because of rising inequality but, rather, because government gives them special privileges. At root, inequality here is the result of actions by the agency so trusted by Mr. Krugman – the state – rather than the source of itself.

Mr. Krugman’s second, related error is his claim that “money brings power.” In fact, only government brings power. While it’s true that people with lots of money are disproportionately able to use whatever government power exists, a government of few and strictly limited powers would be unable to grant special privileges even to the wealthiest of people. The core problem, therefore, isn’t “money” or “the rich”; it is, instead, the existence of the expansive and vigorous government power that Mr. Krugman famously, if illogically, believes is key to freedom, prosperity, and greater equality.


Grouch: Boudreaux pretty much nails the fallacy underlying all of Krugman's op-ed pieces.
Posted by The Grouch at 6:35 PM No comments: