Why Google Voice Spells Big Trouble for Verizon and AT&T 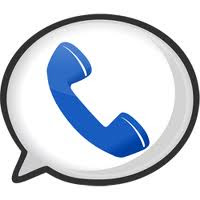 Over the past several months, I've read a number of posts in the blogsphere stating what juicy dividends AT&T and Verizon supported and how based on historical dividend trends that these stocks were dirt cheap, and while they weren't fast growers they didn't deserve these price levels.  Of course, I beg to differ.  I believe their businesses are undergoing stiff competition and are in grave danger of shrinking over the long term along with their ability to continue paying such generous dividends.

The Google Voice integration with Gmail is just the latest nail in coffin as far as I am concerned.  Copper wire telephone technology is now 125 years old, and is on a downward trajectory due to technological obsolescence as cell phones and VoIP alternatives become the communications vehicles for the younger generation.

The telco strategy in a nutshell has been to invest heavily in wireless to make up for the loss of their copper wire customers, and begin offering triple play packages of VoIP, internet and TV services to compete against VoIP only providers like Vonage and, more importantly, the cable companies who are aggressively moving into this space.

Until recently this appeared to be a solid game plan, with steady growth in wireless revenues due to subscriber growth and demand for wireless data services coupled with a healthy pricing environment.

However, the picture is now changing.  The wireless market is starting to become saturated; growth is slowing for both voice and data services.  This has trigger a brutal price war with AT&T and Verizon following Sprint's lead in offering reasonably priced voice and data plans.  In addition, demand for monthly voice-over-IP plans has easily outpaced per-minute plans with much of the subscriber growth going to cable giants such as Comcast and Time Warner Cable.

To make matters worse, the spread of dirt cheap VoIP alternatives that can use the 3G or 4G data services provided by the telcos has given cost conscious consumers a way to place calls without adding minutes by upgrading to a more expensive service plan.

Google Voice has now positioned itself to be an even bigger headache than Skype.  Having already annoyed wireless carriers by offering free text messaging and other services, Google has now offers free phone calls within the U.S. and Canada using a phone application built into Gmail.  Google is currently offering this feature via PC-based web-browsers, but it is not a stretch to see them integrated this feature into Android based phones.  Even if free calling remains a PC-only feature, it will still cause serious problems for wireless carriers by reducing the number of wireless minutes their subscribers use, and potentially eliminating the need for a landline connection.

Studies indicate the percentage of American households relying only on a wireless connection has soared from 15.2% as of March 2007 to 29.7% as of June 2010, and is only headed higher.  Landline cancellations having actually picked up in recent quarters, and the nonstop bleeding for AT&T and Verizon in their local voice revenue bases will continue for quite some time.  With the emerging wireless price war and the spread of rediculously cheap voice-over-IP services, the telcos can count on their wireless divisions to save their bacon from the gradual demise of their landline monopolies.  It is an ugly long-term picture for these companies.

I'm not so sure the future is very bright for the cable companies either.  I can easily see the telcos and cable companies reduced to competing for wireline and wireless Internet connectivy as all phone service moves to these cheap VoIP alternatives.  In addition, I've spent much of the past two weeks watching US Open tennis on my computer.  The purpose of this post was not to discuss IP television, but that is an emerging technology that will probably do to the cable companies what VoIP has done for the telcos. 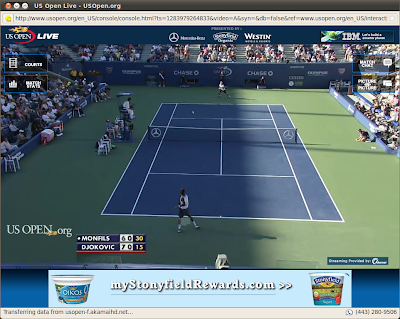 The Grouch has disconnected all landlines into his house and now relies exclusively on google voice through his PC and a low cost cell phone.
Posted by The Grouch at 8:31 AM