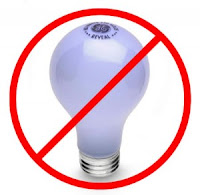 The last major GE factory making ordinary incandescent light bulbs in the United States is closing this month, a sad exit for a product and company that can trace their roots to Thomas Alva Edison’s innovations in the 1870s.

The 200 workers churning out the last lights at the plant will lose their jobs and join the ranks of the unemployed.

During the economic downturn, political leaders have held out the promise that American advances in green technology will stem the exporting of U.S. manufacturing jobs. The lighting industry shows even when government mandates environmental innovations to Americans the manufacture of these technologies can still end up overseas.

A 2007 energy conservation measure passed by Congress that set standards essentially banning ordinary incandescents by 2014 made the plant obsolete. The law will force millions of American households to switch to more efficient bulbs.  The energy savings from switching light bulbs is expected to be large, but not without consequences.  Instead of setting a manufacturing boom is the US for compact fluorescent light (CFLs), they are all manufactured overseas, with China taking the lion's share.

Another unintended side-effect is the proper disposal of these mercury-filled and possibly carcinogenic compact fluorescent light bulbs.  Sometime in the near future the EPA will probably declare them a bio-hazard, and a major contaminate our landfills and drinking water.
Posted by The Grouch at 12:50 PM