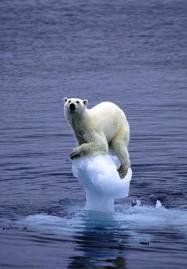 When first you don't succeed, it's time to change the language and the terms of the debate.  Since the science of global warming has been discredited at best, and at worst disproved, the only way to get cap and tax trade passed is to reframe the problem.  Will this tactic work?

White House science adviser John Holdren urged people to start using the phrase 'global climate disruption' during a speech last week in Oslo, echoing a plea he made three years earlier. Holdren said 'global warming' is a "dangerous misnomer" for a problem far more complicated than a rise in temperature.

This change in terminology is required because temperature change "isn't the most severe effect of changing climate. Changes to precipitation patterns and sea levels are likely to have much greater human impact than the higher temperatures alone," a 2008 NASA report said explaining why it avoids the term 'global warming.'

But hasn't "global climate disruption" been taking place since before man could walk on two legs? Why not just call it "the weather?" Is it not hubris and arrogance to even think that man could affect the weather? Or is there another agenda at play here? I don't know.

The Grouch is all about clean, affordable energy (especially if it comes about without government coercion and expensive mandates), and is a big believer that technology will only continue to make life on earth better for human kind. But it is only healthy and natural to be skeptical of eager do-gooders who have grand designs to separate people from their money.

I'll leave the final word on the weather... woops, global climate disruption to a little known writer and speech-maker from Missouri who now resides in New England, Mr. Mark Twain:


Yes, one of the brightest gems in the New England weather is the dazzling uncertainty of it. There is only one thing certain about it, you are certain there is going to be plenty of weather. [Laughter.] A perfect grand review; but you never can tell which end of the procession is going to move first. You fix up for the drought; you leave your umbrella in the house and sally out with your sprinkling pot, and ten to one you get drowned. [Applause.] You make up your mind that the earthquake is due; you stand from under, and take hold of something to steady yourself, and the first thing you know, you get struck by lightning. [Laughter.] These are great disappointments. But they can't be helped. [Laughter.] The lightning there is peculiar; it is so convincing when it strikes a thing, it doesn't leave enough of that thing behind for you to tell whether - well, you'd think it was something valuable, and a Congressman had been there. [Loud laughter and applause.]