What is Moral Hazard? 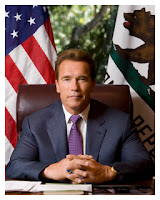 Moral hazard is a term that was thrown around a lot during the financial crisis as commentators fretted and wrung their hands over government actions. But what is moral hazard? I doubt the average citizen understands the term. A short definition might be-- protecting people or institutions from the consequences of their bad behavior, and thereby creating the expectation that future bad behavior will be tolerated and bailed out again.

From insulating financial institutions from the consequences of their excessive leverage and lax loan standards, to the unsustainable business models of auto makers and the auto unions, to protecting homeowners from ill-advised overpriced purchases and a number of other things, politicians of all persuasions have seriously undermined the moral fabric of the country.

But the biggest bailout may still be looming on the horizon. We saw a preview of it with the stimulus program trying to save state jobs, such as teachers, policemen and firefighters. But this may be just the beginning. States face budget gaps somewhere in the neighborhood of $72B next year, with pension fund gaps of $1T just over the horizon.

While the recession has contributed to the gap, most states have failed to adjust their spending habits to match their revenue streams. It is no secret that costs for public worker healthcare and pensions continue to grow at rates significantly above inflation. It is also no secret that some states are less responsible than others. For example, New York and Florida have roughly the same number of people, but their budgets are radically different. New York spends $139B a year, more than doubling Florida's $67B. It doesn't take a genius to figure out why.

The state in the most trouble is California, the epicenter of progressivism. It faces a $19B budget gap, while furloughing employees to save money and issuing IOUs to creditors to avoid defaulting on their bonds.

Investors looking for tax free income need to be very careful where they tread in the field of land mines called municipal bonds.  The states and localities cannot just print money like the feds, and their outstanding debt has increased by 90% in the past decade.  No less investor than Warren Buffett was predicted a "terrible problem" for these bonds in the coming years.

The states in the most trouble include the usual suspects: California, Illinois, Ohio, Michigan, New York.  The states in the best shape are: Virginia, Texas, Washington and North Carolina.  Those in deep dodo need to make tough spending and taxing decisions in the very near future.  But the real danger is that Uncle Sam will bail out the worst of worst, delaying the inevitable once again as the problems just continue to get worse.
Posted by The Grouch at 1:00 AM