The War on Prosperity: Scenes from the Occupy Wall Street Protests 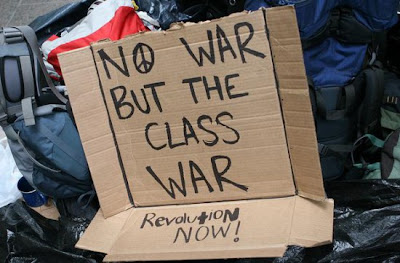 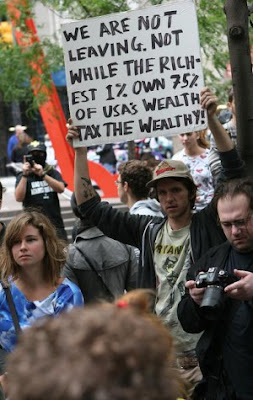 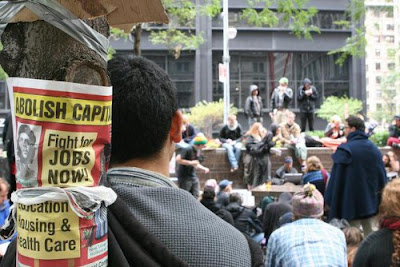 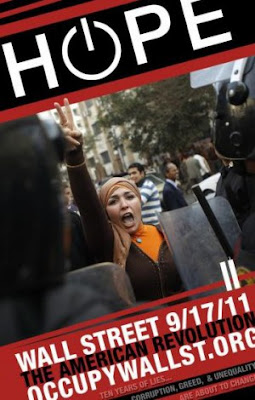 
This statement is ours, and for anyone who will get behind it. Representing ourselves, we bring this call for revolution.

We want freedom for all, without regards for identity, because we are all people, and because no other reason should be needed. However, this freedom has been largely taken from the people, and slowly made to trickle down, whenever we get angry.

Money, it has been said, has taken over politics. In truth, we say, money has always been part of the capitalist political system. A system based on the existence of have and have nots, where inequality is inherent to the system, will inevitably lead to a situation where the haves find a way to rule, whether by the sword or by the dollar.

We agree that we need to see election reform. However, the election reform proposed ignores the causes which allowed such a system to happen. Some will readily blame the federal reserve, but the political system has been beholden to political machinations of the wealthy well before its founding.

We need to address the core facts: these corporations, even if they were unable to compete in the electoral arena, would still remain control of society. They would retain economic control, which would allow them to retain political control. Term limits would, again, not solve this, as many in the political class already leave politics to find themselves as part of the corporate elites.

We need to retake the freedom that has been stolen from the people, altogether.

1. If you agree that freedom is the right to communicate, to live, to be, to go, to love, to do what you will without the impositions of others, then you might be one of us.

2. If you agree that a person is entitled to the sweat of their brows, that being talented at management should not entitle others to act like overseers and overlords, that all workers should have the right to engage in decisions, democratically, then you might be one of us.

4. If you agree that power is not right, that life trumps property, then you might be one of us.

5. If you agree that state and corporation are merely two sides of the same oppressive power structure, if you realize how media distorts things to preserve it, how it pits the people against the people to remain in power, then you might be one of us.

And so we call on people to act

3. We call for the unemployed to volunteer, to learn, to teach, to use what skills they have to support themselves as part of the revolting people as a community.

4. We call for the organization of people's assemblies in every city, every public square, every township.

5. We call for the seizure and use of abandoned buildings, of abandoned land, of every property seized and abandoned by speculators, for the people, for every group that will organize them.

We call for a revolution of the mind as well as the body politic.

Grouch: Our comrades from the future are calling us, the wealth creators. They want their fair share of the nation's treasure.  They want economic justice.  The revolution has begun.  But I am one of the unenlightened.  I believe free market capitalism is the best path to prosperity for all, and will fight to my death to preserve whatever vestiges of that remain.
Posted by The Grouch at 5:34 PM