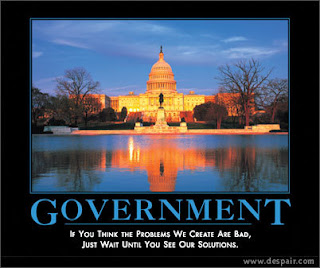 According to the Americans for Tax Reform Foundation and the Center for Fiscal Accountability, today is the day on which the average American has earned enough gross income to pay off his or her share of the spending and regulatory burdens imposed by government at the federal, state, and local levels. Working people must toil 231 days out of the year just to meet all costs imposed by government - 8 days later than last year and a full 32 days longer than 2008. In other words, in 2010 the cost of government consumes 63.41 percent of national income. To my way of thinking, that number is about 30 - 35% higher than it ought to be. 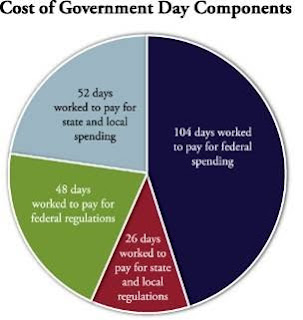 Those states with the earliest Cost of Government Days:

Those states with the latest Cost of Government Days: