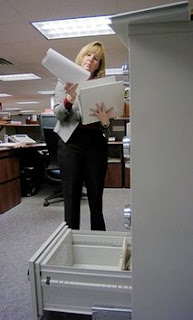 For the first time since the 1980s, when government last "fixed" Social Security, the system will spend more this year in benefits than it collects in revenues.  The government will now have to borrow more, much of it from abroad, to start paying back those IOUs.  This shortfall will probably not affect current benefits, but it is a wake-up that the system is in trouble once again and unsustainable over the long haul.   I'll stop short of calling Social Security a Ponzi scheme, but the demographics of the country have changed to the point there are not enough workers to fund the retirees without taxes being raised substantially.

People in their 40s and 50s will more than likely get something out of their Social Security "investment."  But anyone younger than forty should plan for retirement without Social Security.  Social safety nets are breaking down all over the world.  Lavish entitlement programs are bringing governments close to bankruptcy and are unsustainable in the long run.  The US is not immune to this disease and seems hell-bent on jumping in with both feet.  The only thing investors can truly count on is themselves and the money they've set aside for their future.
Posted by The Grouch at 5:15 AM