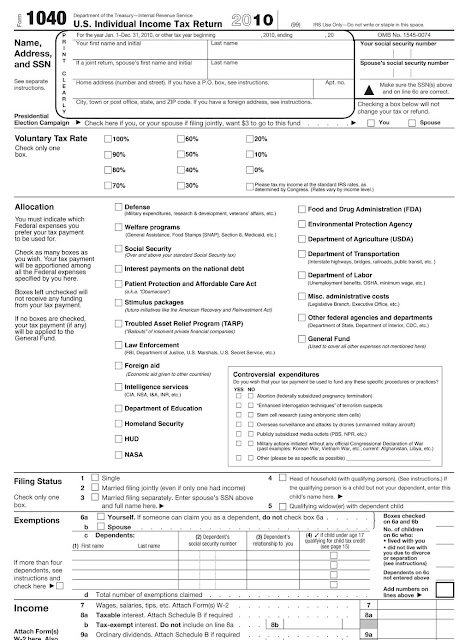 Good news for undertaxed millionaires and billionaires like Warren Buffett, Stephen King, and Jerry Springer. After all their whining in the press, the IRS has decided to revise 1040 form to make it easier for them to contribute a larger percentage of their income to the government than the current tax law requires. This should help close any perceived redistribution gaps that may be keeping them awake at night. My only objection to this section of the form is that the rates should allow choices higher than 100% so those suffering from tax-envy would be allowed to dip into their family wealth to support the common good.

The complete revised form also allows taxpayers to allocate the way money is spent. So those who don't believe in supporting National Defense or abortion or NPR, etc., with their hard earned tax dollars can specify where their money will be allocated. Does it get any better than this?
via Zombie