WSJ: The Baucus Bill Is a Tax Bill


To avoid the fate of the House bill and achieve a veneer of fiscal sensibility, the Senate did three things: It omitted inconvenient truths, it promised that future Congresses will make tough choices to slow entitlement spending, and it dropped the hammer on the middle class.

One inconvenient truth is the fact that Congress will not allow doctors to suffer a 24% cut in their Medicare reimbursements. Senate Democrats chose to ignore this reality and rely on the promise of a cut to make their bill add up. Taking note of this fact pushes the total cost of the bill well over $1 trillion and destroys any pretense of budget balance.

It is beyond fantastic to promise that future Congresses, for 10 straight years, will allow planned cuts in reimbursements to hospitals, other providers, and Medicare Advantage (thereby reducing the benefits of 25% of seniors in Medicare). The 1997 Balanced Budget Act pursued this strategy and successive Congresses steadily unwound its provisions. The very fact that this Congress is pursuing an expensive new entitlement belies the notion that members would be willing to cut existing ones.

Most astounding of all is what this Congress is willing to do to struggling middle-class families. The bill would impose nearly $400 billion in new taxes and fees. Nearly 90% of that burden will be shouldered by those making $200,000 or less.

It might not appear that way at first, because the dollars are collected via a 40% tax on sales by insurers of "Cadillac" policies, fees on health insurers, drug companies and device manufacturers, and an assortment of odds and ends.

But the economics are clear. These costs will be passed on to consumers by either directly raising insurance premiums, or by fueling higher health-care costs that inevitably lead to higher premiums. Consumers will pay the excise tax on high-cost plans. The Joint Committee on Taxation indicates that 87% of the burden would fall on Americans making less than $200,000, and more than half on those earning under $100,000.

Industry fees are even worse because Democrats chose to make these fees nondeductible. This means that insurance companies will have to raise premiums significantly just to break even. American families will bear a burden even greater than the $130 billion in fees that the bill intends to collect. According to my analysis, premiums will rise by as much as $200 billion over the next 10 years—and 90% will again fall on the middle class.

Senate Democrats are also erecting new barriers to middle-class ascent. A family of four making $54,000 would pay $4,800 for health insurance, with the remainder coming from subsidies. If they work harder and raise their income to $66,000, their cost of insurance rises by $2,800. In other words, earning another $12,000 raises their bill by $2,800—a marginal tax rate of 23%. Double-digit increases in effective tax rates will have detrimental effects on the incentives of millions of Americans.


------------------------
My take: Why should anyone be surprised by this? Health care "reform" is not free and will not pay for itself. The savings from eliminating fraud and waste in Medicare will not be achieved. The price tag of $890B will be underestimated by a factor between 2 and 4, and substantial taxes, penalties, fees will be imposed on the middle class to pay for this plan. Those who were counting on getting something for nothing will be in for a rude awakening-- their costs for health care will be greater after the reform than before the reform. 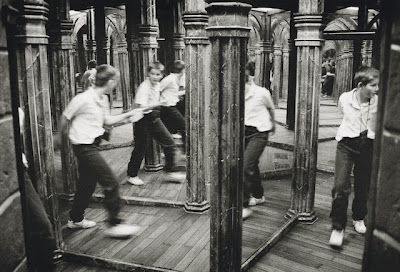