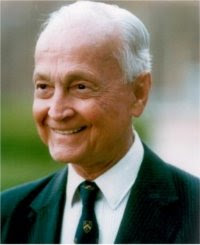 
This famous quote from John Templeton outlines an investment strategy in broad terms that is counter intuitive to the way most people invest, but if applied properly can reward the patient investor with handsome returns over the years. The difficulty in applying the strategy is controlling investor emotions to not get caught up in the euphoria of a rising stock market and having the discipline to wait for those moments of maximum pessimism or optimism. But one important thing to keep in mind in looking for these opportunities in maximum pessimism is that we are not talking about individual companies, but entire industries or countries where a broad basket of stocks can be purchased to control individual security risk and we are looking for a catalyst to drive these stocks higher.

Let's examine some of the moves that Templeton made during his lifetime applying this principle:
Recent opportunities to participate in moments of maximum pessimism occurred in the March of 2009.  At that time almost every market in the world was a bargain and it would have been hard to go wrong buying anything.  But three opportunities especially stood out at this time: financials, REITs, and homebuilders.  Opportunities abounded in the common, preferred and debt securities of each sector.  The common could have been purchased using ETFs to obtain diversity and would have paid off more handsomely than the market as a whole during the recent recovery, while the debt and preferred, with their handsome yields in the teens and twenties, would have to be purchased individually.

But the question each investor should continuously ask themselves is: do any opportunities exist in the market where maximum pessimism or optimism exist.  Today's opportunity may be in shorting bonds.  With the Fed discount rate near zero, the weak dollar and steep federal deficits interest rates will at some point in time have to be raising to protect the dollar, combat inflation and keep foreign investors interested in purchasing government debt.
Posted by The Grouch at 7:40 AM