With the ongoing debate in Congress over spending and raising the debt ceiling, and all the resulting talk of the dire consequences of "draconian" budget cuts, I thought it might be a good time to review the real financial condition of the government. Anyone who reads this blog will know I am greatly concerned with the long term financial prospects of this country and the dollar. My sympathies lie with budget cutters, not the big spenders. Kleiner Perkins, the well known Silicon Valley venture capital firm, just released a stunning analysis prepared by their new partner Mary Meeker, a very well-known former Wall-Street financial analyst. Meeker spent about a year gathering publicly available data and refining an analysis of the dire debt and spending fiscal crisis facing the U.S.

The bottom line-- the US is spectacularly broke-- more broke than the worst shopaholic with 50 maxed-out credit cards: 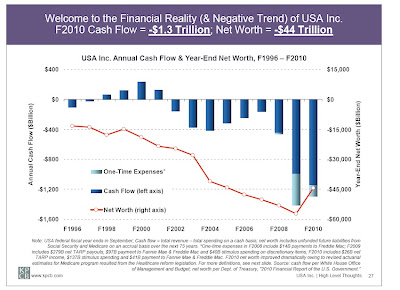 The historical perspective is that spending has skyrocketed since the 1930s: 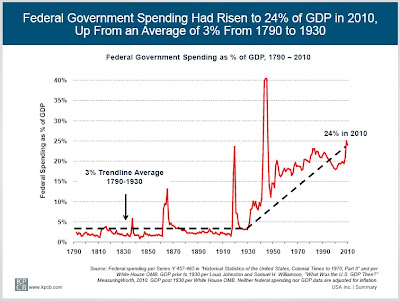 During this time, tax revenues have grown roughly in line with GDP: 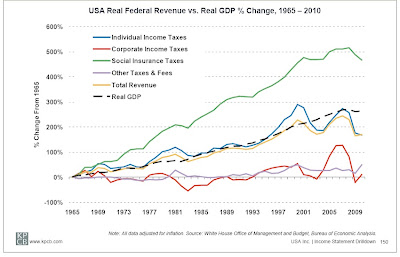 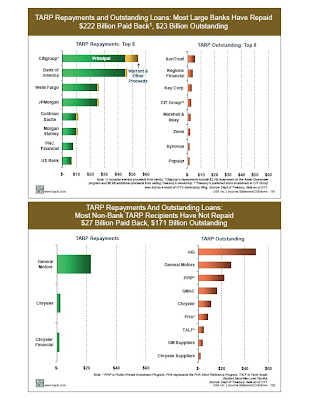 Defense spending hasn't busted the budget (though it could be lower): 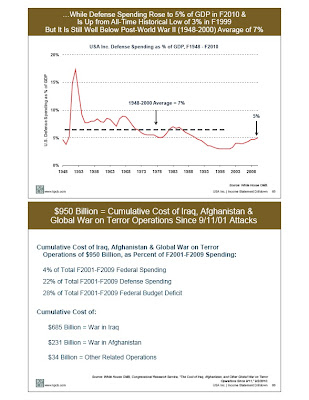 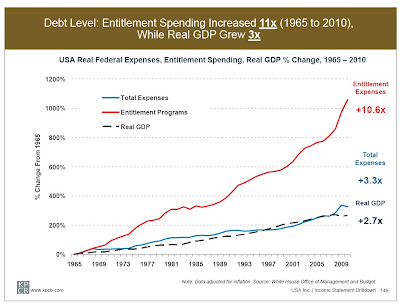 It gets even worse.  Unfunded future entitlements dwarf what is in the budget today: 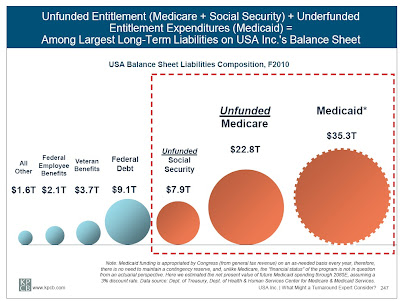 There seems to be little choice but to cut entitlements along with scaling back the government bureaucracy in general. Currently, we are in better shape financially than the U.K., Spain, Ireland and Greece, but in worse shape than Italy, Germany, Belgium, France and Portugal: 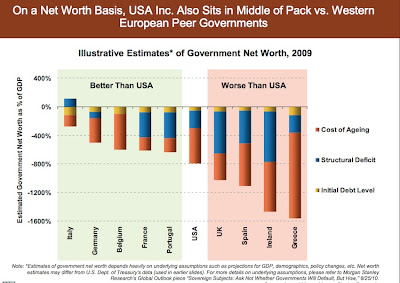 Please urge your local Congressman to cut Federal spending, and reduce the size and scope of government.  It's for the kids and those that come after us.  Let's not leave this country in financial shambles because of our selfishness in demanding that a paternalistic government take care of us, instead of us taking care of ourselves.
The entire study can be found here:
USA Inc. - A Basic Summary of America's Financial Statements
Posted by The Grouch at 11:00 AM