Portfolio Management: Begin with the End in Mind 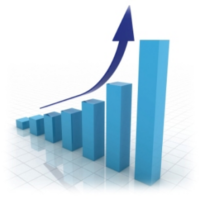 A child thinks 20 shillings and 20 years can scarce ever be spent. -- Poor Richard's Almanac

There are many reasons why people save and invest money. What I want to cover today is investing for retirement, and, specifically, the questions of how much do I need to accumulate to retire, how much do I need to save each month to be ready for retirement, and how long before I can retire. The average person has no idea how to answer these questions, much less a plan drawn up to determine if they are on track to achieve their goals.

Start by estimating how much yearly income is needed in retirement. For those close to retirement age this number can be pretty accurate. But for younger people or someone just entering the work force, this number will be an educated guess.

Let's use a concrete example to illustrate. Joe X. is a 50 year old man with a wife and children who has been steady saver all of his life, but a saver without a plan. Upon reaching middle age, he is beginning to wonder just when he will have enough to retire in a style he wants without outliving his money.

He and his wife both work and make a combined $150K a year. In retirement, they expect their expenses to be reduced, and believe they can live comfortably on $110K year, and enable them to do much of the traveling and other activities they have sacrificed during the accumulation period of their lives.

They assume that Social Security will provide them an income of $3K per month, or $36K a year. This means their retirement savings much make up the difference of 74K a year. A rule of thumb is that their retirement savings should be 25 times greater than their expected yearly distribution. So $74,000 x 25 = $1,850,000 of savings are required. This is the target number that Joe X and his wife must achieve to live the way they desire in retirement.

As we said earlier, Joe and his wife have been extremely frugal and managed their money well. As of today, they have $550K in savings between their corporate 401Ks, IRAs and taxable investments. But how much additional do they need to save per year to retire when Joe turns 62 in 12 years? This can be calculated using a compound interest calculator such as the one found at site http://www.moneychimp.com/calculator/compound_interest_calculator.htm, or a custom spreadsheet can be used.

For this exercise, we will assume a reasonable after-tax return on investment of 8%. Running the formula with a starting investment of $550,000 and an annualized return of 8% for 12 years arrives at a savings rate of $21,000 a year to hit the target retirement amount of $1,850,000. This target savings rate should be achievable at Joe's level of income. The draw down on his principal should remain in the 4-6% range, and if historic rates of return hold true, Joe will never run out of money.

Now let's run the same example on Joe X.'s son Pete who is just graduating from college this year. Pete X. is not thinking much about retirement right now, but he is a chip off the old block and wants to emulate his old man. If a 2.5% rate of inflation is assumed, Pete X. and his future wife would need a retirement income of approximate $96.5K from Social Security and $198.5K from savings to retire in the same style as his father at age 62. Using the rule of 25, Pete X. needs to accumulate $4,962,500 to meet his retirement goals.

Based on his current age of 22, Pete will have a 40 year work career. If we run the numbers through the Compound Interest Calculator, Pete will have to save $17,750 dollars a year at an after-tax return of 8% to hit his target. This amount will be difficult to save in his initial years of employment, but will become easier to exceed in later years as inflation and promotions at work increase his income. And if Pete is lucky enough to achieve a rate of return above 8%, without taking undue risk, or is able to save more money, he will be able to retire sooner than 62.

Hopefully, these examples will provide a framework for others to put together their own personal retirement plans. Rather than just retiring at some arbitrary date in the future and hoping for the best, it is essential to put together a plan to retire that brings the piece of mind you'll be able to do the things you've always dreamed of without the fear of not having saved enough.