In Defense of John Mackey of Whole Foods 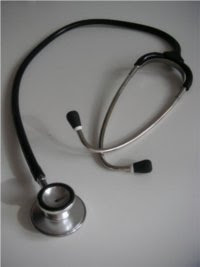 The Obamacare plan has met much unexpected controversy at townhall meetings. Initially, the objections and concerns were part of a grass roots movement to resist a government take over of healthcare. This caught the politicians by surprise and certainly made for some interesting TV viewing. But soon the professional spinmiesters appeared on the scene to try to smooth the situation over. Then astroturfers, both for and against, as well as labor unions began to appear at the townhalls, and more control was exercised over who was allowed to attend to ensure a higher level of support for the plan. Many in the news media editorialized that a quiet, reasoned debate was called for instead of the shrill voices of dissent.

Amid this backdrop, John Mackey, the CEO of Whole Foods, penned a well reasoned op-ed for Wall Street Journal that represents a market-based alternative to Obamacare. In John Mackey's words: "While we clearly need health-care reform, the last thing our country needs is a massive new health-care entitlement that will create hundreds of billions of dollars of new unfunded deficits and move us much closer to a government takeover of our health-care system. Instead, we should be trying to achieve reforms by moving in the opposite direction—toward less government control and more individual empowerment." I encourage everyone to read this op-ed to see the eight reforms Mackey lays out for transforming the health care system.

For his efforts to add to the quiet and reasoned debate, Mackey now finds himself embroiled in controversy. The hard-core left, eager to rush into the arms of the nanny state, are now protesting in front of stores and boycotting Whole Foods. In the past couple of days, they have starting calling for Mackey's resignation from the company. For most of them, there is only one answer to health care reform, and that is a full government takeover, and anyone who thinks otherwise has committed heresy. The problem for Mackey is that since his business caters to the PC tastes of left wing consumers, he has set his company up to potentially lose many loyal customers with statements like: "Health care is a service that we all need, but just like food and shelter it is best provided through voluntary and mutually beneficial market exchanges. A careful reading of both the Declaration of Independence and the Constitution will not reveal any intrinsic right to health care, food or shelter. That's because there isn't any. This "right" has never existed in America." This rubs against the grain of the thinking of the current administration, and undercuts the premise for Obamacare.

Many of the talking heads on TV suggest that Mackey, and CEOs in general, should keep their mouths shut when it comes to policy opinions, and concentrate on running their companies. Personally, I think that these efforts to silence critics of the health care plan are depicable, and I would like to see more CEOs expressing their individual opinions, not less. It is every citizen's right to express their opinion, and the more intelligent discussion we have on this issue the better. Mackey has presented a strong case for free-market alternatives to Obamacare and I applaud him for it, just as I would applaud any other CEO who presents a well-reasoned counter-argument in support of the plan. I have never been in a Whole Foods store, don't have one anywhere near where I live, but the next I drive by one I plan on making it a point to pull into the parking lot and buy something to show my support of a CEO courageous enough to speak up for what he believes.

What do you think about this situation?
Posted by The Grouch at 3:58 AM