The Washington Redskins Name Controversy-- Where Does it End? 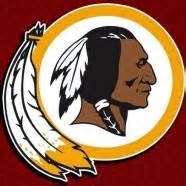 Much noise has been made recently from the politically correct media over the name of the Washington Redskins. Many people consider the term Redskins to be an offensive racial slur in spite on the teams long history using the name, and George Preston Marshal's intention to honor the team's first coach in Washington, Lone Star Dietz who claimed to be part Sioux. My intention here is not to argue over the merits of the Redskin name, though many younger Native Americans refer to themselves as 'Skins, but to explore the question of where does the political correctness end for the NFL. Here's a list of teams who other groups would find offensive:

I call on Roger Goodell, NFL commissioner, to yield to the political pressure and rename all of these teams in addition to the Redskins to something less offensive.
Posted by The Grouch at 1:33 PM