I'm a big advocate of open source software, and spent most of this morning doing a clean build on my PC of the new release of Ubuntu.  Other flavors of Linux that I like are Debian, Mint, and Mandriva.

But Ubuntu is my favorite due to it's ease of installation and vast (and often confusing) array of software packages.  Some of the improvement in this release include faster boot up times (leaves my Windows work PC in the dust), addition of the Ubuntu One music store and cloud storage, Gwibber a social media aggregator, PiTiVi video editor, and a simplified scanner interface cleverly called Simple Scan.

With Linux you get software for free that you have to pay dearly for with other operating systems, such as word processing, spreadsheets, presos, cd/dvd burning and ripping, TV watching and recording, money management, project management, mp3 player management, IM clients.... list just keeps going (see my earlier Linux posts). 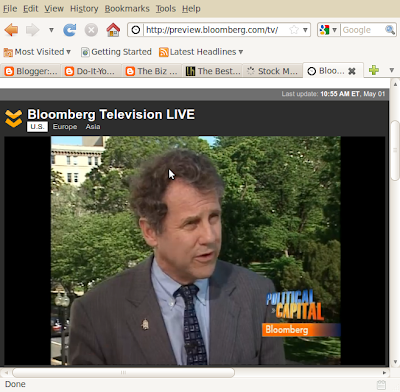 Linux has not made the same inroads on the desktop that it has made in the server market over the years (the dominate OS on the Internet is Linux, just ask Google and Amazon) because it does take some computer knowledge to setup and configure some of the advanced features, and Windows and Mac are the safe, but expensive, choices.  But each release keeps getting more user friendly.

I don't think Linux will ever have the impact on the desktop that it has had in the datacenter.  From 2000 to 2009 it has kicked the butt of the proprietary Unix systems. 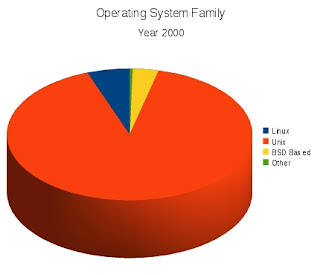 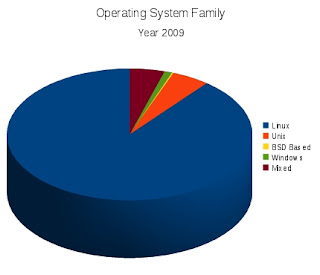 One could argue that Linux helped drive Sun Microsystems into the arms of Oracle.  I know where I work, the mantra for new systems development is web apps on Linux running on commodity Intel-based servers.

I would encourage those skeptics and doubters to install Linux in a virtual machine (such as VirtualBox) on their current PC and give it a whirl.  I think you'll be favorably impressed.
Posted by The Grouch at 8:29 AM